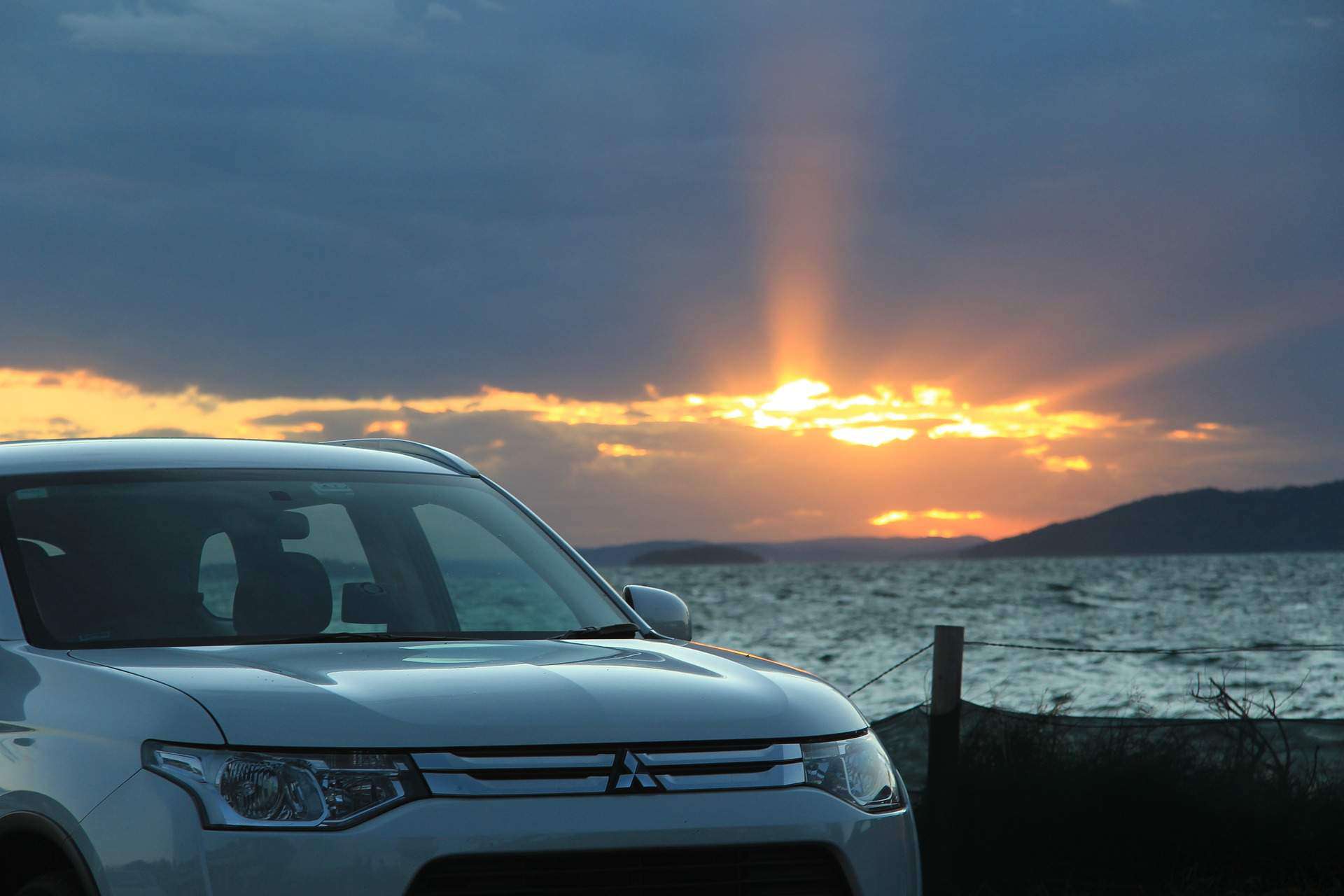 The Mitsubishi Ralliart May Be Paying An Homage to the Outlander SUV.

Mitsubishi is still trying to make Ralliart a thing. The carmaker is adamant that it can revive the iconic badge with what are basically styling add-ons for current models like the Triton and Pajero. Mitsubishi will unabashedly stick to that plan at the 2022 Tokyo Auto Salon, where it’ll debut the Vision Ralliart Concept.

You almost have to root for Mitsubishi at this point, because this latest concept has an even more tenuous claim to the Ralliart badge. Not only is there very little to distinguish it as a performance model from its production counterpart, the Outlander, but, crucially, the bright red and white livery is gone!

The gimmick behind the Vision Ralliart Concept more or less comes down to the blacked-out styling and body kit (or ground F-X) this Outlander is wearing. Mitsubishi says the matte black finish reveals blue highlights, which is OK, I guess. I prefer that to this being just a matte wrap.

Mitsubishi is also bringing six other vehicles to the 2022 Tokyo Auto Salon, although none is destined for the American market. There is a puny electric Kei-car concept called the K-EV concept X Style as well as the Minicab-MiEV B-Leisure Style, a tiny electric van outfitted for camping. Mitsubishi also debuted Ralliart Style appearance packages for the Outlander and Eclipse Cross. There are also off-road versions of the Outlander and Delica, called the Wild Adventure Style and D:5 Tough x Tough. While these six creations will remain forbidden fruit, the Vision Ralliart concept could preview a U.S.-bound sporty SUV. Hopefully, the production version will feature true performance upgrades instead of just flashy visuals.