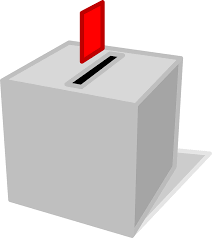 Thanks to the recently signed Senate Bill 207, voters gain the option to take care of their voter registration at the same time they cast their ballot.

Governor Gavin Newsom signed SB 207 into law last week on February 13. The change permits unregistered voters to fill out registration forms at voter centers or the Registrar of Voters office when they go to vote.

Commonly known as same-day registration, the conditional status later receives confirmation of eligibility. The entire process takes place before the deadline for certification in April, ensuring conditional ballots get counted.

Melissa Hurtado, a Democratic state senator from the Central Valley, co-sponsored the bill. “I thank Gov. Newsom for signing this bipartisan measure to streamline the voting process for all Californians, regardless of their party affiliation,” she said in a statement last week.

Alex Padilla, California’s Secretary of State, also applauded the move. “2020 marks the first year that voters can complete the ‘Same-Day’ voter registration process and cast their ballot at any polling location or vote center in their county,” he said in a statement.

The update simplifies the process of voting in primaries. Previously, voters needed to request a crossover ballot if not registered with the Democratic, Libertarian, or American Independent parties. Republican, Green, and Peace & Freedom parties remain closed primaries. However, now voters have the ability to re-register with a different party within the two-week runup to the election date.

In order to include them in the pivotal primary season, state Democrats acted quickly to pass SB 207, paving the way for increased participation. The move plays in stark contrast to conservative states, where accusations of voter suppression abound.