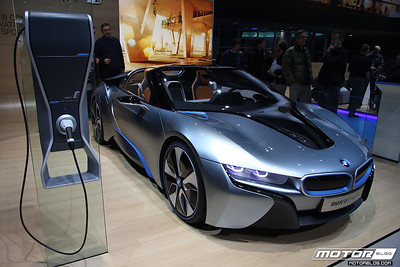 Electric vehicles are becoming the spearhead for future forms of transportation. With many taking to the streets, what are some of the issues that face this industry?

Emerging Has Been Slow

Although sales for new Tesla models have proven substantially successful. The futurist has had some issues with emerging. This hasn’t been the overall case for most electronic vehicles. While most other manufacturers are rolling out fully electric vehicles for the upcoming year, many are wondering if this first year will provide numbers in the green.

The Cost Of Electric Vehicles is a Deterrent

As it currently stands, many of the electric vehicles rolling out for this year are pricey. Most industry shifts have shown, these first years will be imperative for many auto manufacturers. As it stands now, vehicles like the Tesla Model S are designed for upper-middle-class and higher income brackets. These new cars are priced relatively adjacent to that of luxury vehicles, the idea for many non-affluent consumers remains out of their reach.

The Used Car Industry Will Shift

As of right now, the used car industry hasn’t seen an influx in pre-owned electric cars. The industry is so new that those who have an EV are content with keeping it for as long as possible. This industry is important when talking about the future of automobiles due to their importance as a second-hand seller. The automotive industry leans extensively on used cars due to their cost. As there will always be more used cars purchased than new, it will take time before we see the EV hit the used market.

Another issue to note is the reliability and durability of the future EV market. If consumers currently see a Tesla Model 3 or even an S on the used market list, this is an instant turn-off. A car hitting the used list this early on is typically an indicator of bad things, but this might not be the case. The Tesla series have proven themselves to be effective, and there might be other factors involved with looking at a used EV. Let’s take a look.

The battery life of most EV’s right now is solid. Like traditional methods, it depends on how you drive your vehicle. If you are a lead-foot on the gas pedal, then your kw/h will be far lower. This can impact the time a driver has to get from place to place. If they are not within the range of a charging station, then they must plan ahead accordingly. It hasn’t reached the point of “I can get gas whenever I want” or even the time of filling up itself means you need to schedule some time to accomplish the task.

Understanding how much life an engine or car has on it can be easily calculated by how many miles it has. With electric vehicles, the issue stems from what we don’t know. As consumers, we typically wait for the stats to show, with the automotive industry any new leap-or bound has been corrected in the post-engineering phase. When one problem arrises for a certain make or model, the focus for that model is an improvement. Batteries for EV’s will be the same. Once the amount of lifespan a battery has is determined, then we can have a better idea as to how second hand-electronic cars will price-out.

An EV with high miles only means that the battery will likely lose charge faster. It often will not sustain the appropriate amount of power that a user can rely on. This will show in a used vehicle price tag.

Many countries have found comfort in knowing the future of automobiles will be all-electric. Norway is one of the first with a plan to switch over to an all-electric market by 2025. The plan is to simply stop the sales of petroleum-based vehicles by this time. The downside for this is that many who own vehicles that run petrol will see a surge in gas prices. It will put consumers between a rock and a hard place. The first being that their petrol prices will skyrocket, the second is that in order to maintain a basic living, they will need to dish out tons of money for fuel or dish out tons of money upfront for a new EV.

This can cause issues as many who take out loans due to insufficient funds will likely bounce their vehicle payment. On top of that, many will have to wait until there is a used car market for them. Once that happens, you will still see many moving away from purchasing an EV.

Other countries have put a more distant time for the full switch. Iceland, Ireland, and Isreal have set their sights on 2030. This gives time for many who have already purchased a used car approximately 10 years before they hit the used market. This gives more people time and more time for the economy and industry to make the necessary switch.

Where some countries like Norway want to be the first to fully switch, many can see the implication in damaging the automotive industry. A quick transition could lead to not as many consumers looking to switch. This will push many into positions where they are not financially accessible.