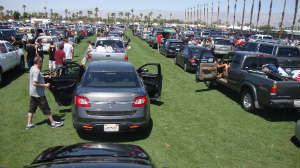 A newly proposed bill would permit Californians to register their cars with the Department of Motor Vehicles every other year.

Senator Beall put forth a bill, Senate Bill 460, that would enable the DMV to create a biennial registration period for cars on or after January 1, 2020. Going forward, renewals would be mandatory at biennial stretches after the bill is passed.

Senate Bill 460 isn’t the only DMV related bill being proposed this session. Additionally, Assembly Bill 867, if passed requires the DMV accept credit cards in 2020. This change would start on July 1 of that year.

Proposal of Bill 867 is a direct result of Governor Gavin Newsom criticizing the DMV for some of its questionable practices. Also i among his complaints was the DMV’s refusal to let people pay with plastic.

Another piece of legislation meant to impact DMV related practices is AB 317. This bill makes it illegal to sell, or even offer to sell, an appointment at the Department of Motor Vehicles. Furthermore, if this law passes it would apply to individuals, firms, corporations, or associations.

Authorities will charge anybody guilty of selling or offering to sell scheduled visits at the DMV with a misdemeanor. They face a possible fine of up to $2,500. Furthermore, all money accrued from enforcement of this crime would be deposited into the State Transportation Fund.

Governor Newsom calls for swift change to the department because public criticism of the DMV has been so widespread. In fact, after calling the DMV, “chronically mismanaged”, he created a task force to deal with several issues. These include the inflated wait times at all walk-in locations.

What do you guys think? Would registering only once every two years make life easier?