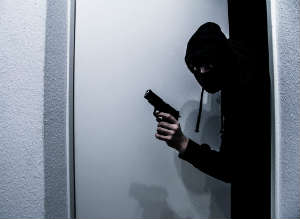 SAN JOSE, CA – A man had stopped to console a woman he just met. Her wallet had gotten stolen, as she was minding her own business.

As a news reporter was filming a nearby story, a man raced past and stole a woman’s wallet. The reporter, the cameraman, the Good Samaritan who consoled the victim, and the victim herself, were in shock. When the suspect had started to run off, he pointed a large handgun back at the group. The robber had assumed that was caught on film by the cameraman. The whole group must have been 10 feet away from the thief.

Fortunately, there was no gunfire. Although, when the group saw the gun most of them dropped to the ground.  The Good Samaritan and the victim of the robbery claimed to have never seen a gun.

This Good Samaritan chose to stay anonymous. The citizen claimed that someone had robbed him once and it felt like a personal violation. No one was there for him and no one stopped to care. As a result, he didn’t want this victim to feel bad. The emotional trauma in one of these situations can be severe, especially when the suspect has a gun.

The kind citizen was there to offer the victim support in her time of need. He was a bystander who chose to be unlike others that ignored the accident.

Unfortunately, police officers stopped two possible suspects, but neither was the gunman.

Checkpoint Scheduled for a DUI Driver’s License on Thursday Night