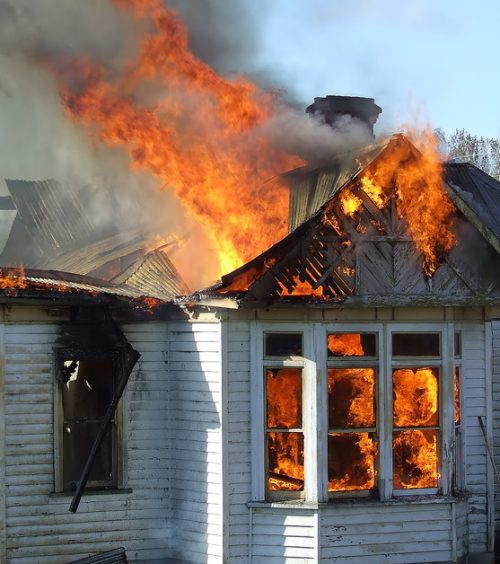 The house in fire is located on Mt. McKinley Court near Clayton Road. As a result of the one-alarm fire, the dog died and four people were dislocated. The house got severely damaged.

There were two other pets that escaped and remained undamaged. The huge fire flames were hard to extinguish.

The firefighters worked on extinguishing the fire for about a half hour to knock down the flames.

The actions were a bit delayed due to the fact that the electric power was still on to the home.

That was one of the biggest challenges for the firefighters. According to the San Jose Fire Captain Mike Van Elgort was having a live wire.

It was not a good idea to stream water while the building is still charged with the electricity. According to the fire captain, it could transmit the current to firefighters.

Besides he mentioned the fire gets additional energy from electrical current.

As about the cause of the fire, the firefighters say it was accidental and probably started in the kitchen.

Homeless Swept Under the Rug in CA