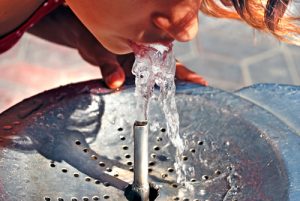 If you live or spend much time in California, you know that the water policies and politics are complicated and contentious.

The Trump Administration should take some steps for that.

The Burau of Reclamation of Trump told that they want to negotiate the landmark 1986 agreement for the federal and state water projects and how they get water through the Sacramento-San Joaquin Delta.

There is a goal of getting more water to Central Valley farmers, at the expense of millions o Southern California residents.

The surprising move to relocate water in this San Joaquin River and its three tributes, the Tuolumne, Stanislas an, Merced.

The state says leaving more water in the rivers to flow through the Delta to the ocean would ease an “ecological crisis” for fish. It wouldn’t mean less water for farmers and nearly 3 million people who live from the Bay Area to Modesto, Valley farmers and many local officials are criticizing the plan.

After a huge criticizing, legislatures canceled a hearing on Thursday on expanding to water contracts needed to help finance the tunnels.

Of course, the federal government should have something to say because it built the Central Valley Project. It provides protection from flood and supplies water.

Rep. Ken Calvert of Riverside County tried to put a provision about spending a bill that would have banned any state or federal lawsuits against the Delta tunnels, earlier this year.

As on wildfires and forest management, Trump officials want to demonize conservation groups on water issues. But environmental groups, along with agriculture interests, and state and local officials, have every right to fully participate in the debate. Indeed, they are far closer to these water decisions than D.C. bureaucrats.

In California’s water wars, it’s famous to accuse the other side of a “water grab.” However, the Trump administration’s actions are doing look a lot like a power grab that will make our water conflicts worse.