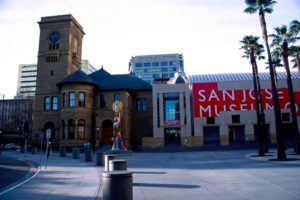 Downtown San Jose is changing things up. The 9-story building that is currently next to St. James Park was recently purchased and is already being planned for a whole new makeover.

The plan is to renovate the entire building. All floors, inside and out as well. The goal of this renovation is to attract more technology companies to base some of their offices in Downtown San Jose.

Gary Dillabough is the buyer of this building. He is a capitalist and a real-estate entrepreneur. He wants to create a whole new look and a new approach to the building. The team of professionals hired to create the new look for this building has also worked on the Bank of Italy tower and on the Museum Place, as well as other major real estate ventures in the urban parts of San Jose.

He bought the building for a total of $40 million, which sums up to $268 per square foot. According to Santa Clara County property records, the entire building is about 150,000- square feet.

The purchase was made through his connection with Colliers International, a commercial realty company. Vice president of Colliers, Nick Goddard says, “This building comes with great views of the downtown.”

The building has been in Downtown San Jose since 1985. However, this is not the first building that Dillabough has bought and renovated in that area. He also plans to bring more attention to the area by creating a new look for the building.

He owns multiple properties in the area of East Santa Clara Street.

This recent purchase on 152 N. Third St. will be under construction for a few months. The building’s capacity is big so there is enough space for tech companies.