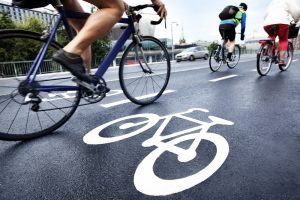 Ford has launched a new line of dockless bikes called Ford GoBike in the city of San Jose.

This week, the city is filled with 200 new dockless bikes everywhere. The bikes that were launched in the past are not dockless. People would have to pick up and drop off the bikes at docking stations in the city.

Now, people can leave their bikes anywhere they go. However, the bikes can only be in the service area which starts from the Guadalupe River and goes all the way to Coyote Creek, as well as the South Bay Freeway all the way to Trimble Road.

The goal of this project is to make bike sharing more efficient and easier so more people start using them throughout the city.

You can find these dockless bikes by using the Ford GoBike app on your phone. The costs are the same as the docked bikes.

Ford GoBike partnered up with the city of San Jose and the Metropolitan Transportation Commission to launch this project.

The main advantage that Ford GoBike has over its competition, Bird and Limebike, is the support from the city.

Locals are responding positively about the new car-free options for the city. With Ford GoBike’s new launch of the dockless bikes, residents of San Jose can get around easier and fast than before without the need of a car.