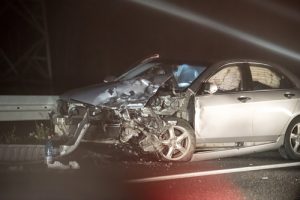 CONCORD, California — A reckless driver suffered major injuries but was predicted to survive after crashing on a highway transition ramp while being chased by police early Tuesday, the California Highway Patrol said.

The crash happened as northbound 242 merged onto eastbound Highway 4 at Port Chicago Highway, the CHP said. The chase began around 3:45 a.m.

According to the CHP, the driver went by ambulance to a hospital after being ejected from the 2002 Toyota Tacoma he was driving.

Concord police arrested the man but did not have any information immediately about why they pursued the truck.

The CHP closed the transition ramp until 7:10 a.m.

The chase was one of two on that occurred overnight in Contra Costa County.

Toddler Killed by a Turning Vehicle