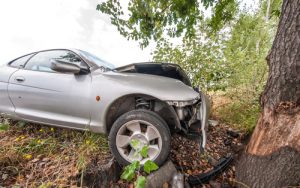 According to San Jose Police, a 17-year-old driver was killed after a high-speed car crash with a tree on a suburban street in East San Jose on Tuesday morning. And his teen girl passenger was taken to the hospital.

At 6:48 p.m. officers were called to South White Road north of Norwood Avenue for a report that a white Acura TSX hit a tree and that two occupants were trapped inside the vehicle.

Police said the 17-year-old male driver was pronounced dead at the scene that after officers and emergency arrived at the wreck. His passenger, a 17-year-old girl, was taken to a local hospital with serious injuries but is anticipated to live.

The driver was not immediately recognized pending notification of his next of kin.

The Acura was reportedly speeding in the northbound left lane past Norwood Avenue when it approached the rear of a black Hyundai Electra according to a primary investigation. Officer Gina Tepoorten said the Acura driver clipped the rear bumper of the Hyundai.

That caused the Acura driver to lose control and go off the roadway and hit a tree on the right side of the street. Tepoorten said the impact sheared the tree.

Tepoorten said that the 23-year-old man driving the Hyundai stopped at the scene and cooperated with investigators. The crash remains under investigation. It is the 41st traffic fatality in San Jose this year.

Anyone with information about the crash can contact San Jose police Officer Brian McMahon at 408-277-4654.