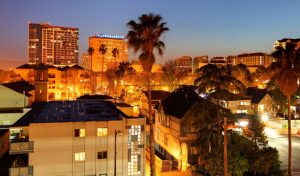 The top five of the most expensive rental markets in the US are in the Bay Area.

According to the Zumper apartment rental website the most expensive rent in the country is in San Francisco, followed by New York, Boston and two other Californian cities, Oakland and San Jose. The average price for one bedroom apartment in San Francisco is $3,590. In Oakland it is $2,280 and $2,270 in San Jose, as the Zumper National Rent Report for April has it.

San Jose and Oakland take measures to prevent prices from growing so fast. San Jose put a 5% cap on rent increases for the units controlled by the city’s rent law. Oakland approved a 90-day moratorium on rent increases. New analyses from several different sources also expect the prices leveling for renters and homebuyers in the Bay Area.

The Zumper report shows that even the leveling of prices will not become a real relief for consumers in the nearest time.

This was the first time Oakland outdid San Jose in the rental rankings. Oakland is quickly becoming a more desirable place to live with the job growth and the companies such as Uber moving to the city. Many people also move to Oakland as it gets abnormally expensive to live in San Francisco and it seems wiser to commute from Oakland.

Now it is really possible that Oakland will outdo Boston in the rankings, even though Boston has always had a strong position.

In 2016 the prices are expected to go up 7-9% in Oakland and 3-4% in San Francisco. The increase in San Jose is expected to be the same but go at a slower rate.

3 Quick Tips for truckers struggling to get enough sleep