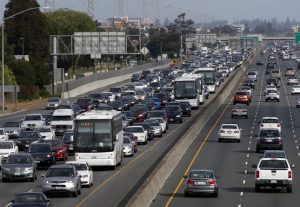 According to the statistics published by TomTom, traffic in San Jose hasn’t got any worse since 2014. The bad news about it is that it was horrible in 2014 and still is. The traffic in San Jose adds 30% of the travel time making it the 5th most congested city in the country and 51st in the world.

This data has been gathered through GPS equipment installed in personal vehicles around the world. According to the findings, California has three of the most congested cities in the United States: in addition to San Jose, Los Angeles is on the top of the list (and also the 10th most congested city in the world), and San Francisco is the 2nd. But still, comparing to San Francisco, morning and afternoon traffic in San Jose is worse, and that is actually what really counts.

Morning commute in San Jose is the 2nd worst in the United States after Los Angeles, and afternoon commute is the 3rd with Los Angeles being the 2nd. San Jose is also one of the cities where traffic remained constant over a period of one year.

In the six cities congestion got worse. These cities are Los Angeles, San Francisco, New York and Nashville. In five cities traffic situation got better. For instance, travel time decreased by 3% in Honolulu.

Still, congestion in San Jose is not the worst in the world. The first position in the international congestion list belongs to Mexico City where the added time is 59%. It goes up 4% every year. Morning and afternoon traffic there is truly awful with the added time of 97% and 94%. Other cities on the list are Bangkok, Istanbul and Lodz, Poland.