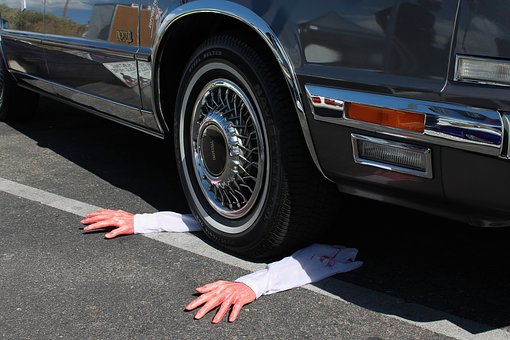 According to San Jose State student Jamal Turiali, he was on his way to a nightclub when he witnessed two groups of people arguing at the crossroads of South First Street and West San Salvador. Shortly after, he saw a car speed out of nowhere, hit a man, and take off.

Turiali also tweeted the video from his Twitter account. The video captured the pedestrian being slammed into the ground and sliding underneath a parked truck.

However, the BMW SUV did not stop the pedestrian from sustaining wounds. As a result, he was taken to the hospital and treated for non-life-threatening injuries.

Moreover, Turiali expressed how shocked he was to witness a hit-and-run right before his eyes.

According to onlookers, the driver was traveling northbound on South First Street before making a left turn onto West San Salvador.

Turiali believes the driver wanted to hit the person given the amount of speed and acceleration of the vehicle.

Also believing this to be true is Quest Hills of Tac-oh! San Jose, where the incident took place. Their assumption is that one of the friends may have been trying to stop the fight, however, it was not the appropriate way to do so.

Police are now reviewing surveillance video from the restaurant.

Additional onlookers reported the man was hit from behind hard and didn’t see it coming.

Furthermore, the case has been classified as a felony hit-and-run. There is still no description of the driver. However, the suspect was driving a newer BMW SUV with tinted windows at the time. Authorities have not provided a license plate number.