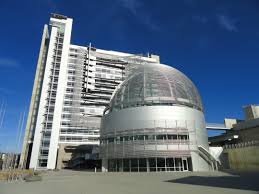 Measure E, an initiative set for the March ballot, imposes a real property transfer tax on properties worth $2 million or more. Initially, the measure’s inclusion ignited considerable debate among councilors. Ultimately, their vote confirmed its inclusion on the upcoming ballot with an 8 – 3 vote. Councilmembers Johnny Khamis, Dev Davis, and Sergio Jimenez made the three no votes.

Their concerns focused on the elderly. They argued many retired residents wrap their retirement up in the equity of their home. Therefore, imposing a tax on its sale eats into their retirement funds. However, 98% percent of homeowners don’t meet the primary criteria for the tax. Additionally, the tax burden splits between homebuyer and seller, ensuring those with considerable equity won’t lose it.

Their second primary issue concerns the placement of the tax funds. Because the funds go directly into the general fund, they argue there’s little accountability they’ll be used for their intended purpose: housing initiatives.

To combat this, the proposal includes accountability measures dictating a 60-day window and 2 public hearings prior to a rerouting of funds.

Polling suggests a favorable public reaction to the measure.

The exemptions for 501(c)3 nonprofit organizations proposed by Mayor Liccardo include philanthropic intentions. He calls for exemptions on all property transfers made for affordable housing.

Nonprofit organizations already have exemptions for donated properties. The remaining question is what carve-outs to apply when nonprofits purchase property valued at or in excess of the $2 million dollar threshold.

Further deliberation will determine the final language of Measure E.