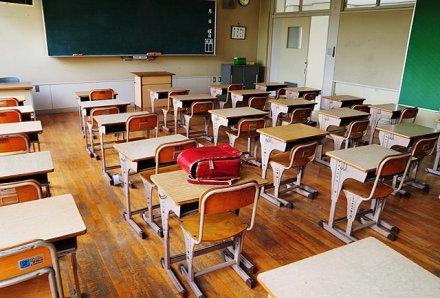 The state superintendent has warned California schools to reconsider reopening. Many schools resume their academic year as soon as August. This gives districts as little as four weeks to come up with a functional plan for Fall. And though many miss in-person instruction, experts warn against reopening too quickly.

State Superintendent Tony Thurmond suggests that fully remote learning is the safest choice. “I think that if school opened tomorrow, most of our districts would open in distance learning. And that is a decision that I think is a good decision if conditions don’t change right now.”

A month ago, the California Department of Education released guidelines for a safe reopening. They wrote 62 pages of suggested regulations. But that was then and this is now. “Since we’ve issued our guidance, conditions have changed dramatically,” said Thurmond. “We know that in many communities throughout our state we’re seeing high rates of infection in the community.”

Both Los Angeles and San Diego recently announced that they will be doing distance learning in the Fall. Districts in the Bay Area, including San Francisco, have followed suit. Thurmond appears to support this. “As we’ve always said, safety is paramount. If it’s not safe to do so, schools shouldn’t reopen in a way that would put students or staff in harm’s way.”

Given that many teachers fall into the at-risk age groups, unions are considering the safety of their workers when they weigh in. Additionally, many students live with older parents or grandparents. And if one student or staff member tests positive, it could prove difficult to quarantine all that came in contact with them.

The current hope is to begin with remote learning and move to in-person classes as soon as it is safe to do so.