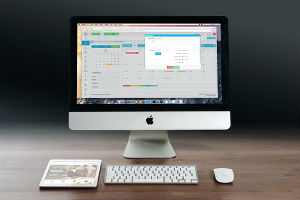 SAN JOSE, CA – Apple’s World Developer’s Conference is invading downtown San Jose. In fact, this is the 3rd consecutive year the city has been host to the event.

According to San Jose’s Office of Economic Development, the event injected $9 million into the city in 2018.

“During the conference time around lunch time it’s ridiculously busy. Coffee back-to-back. Food flying out the door,” said Kevin Pham, who works at Caffe Frascati on South First Street which is located near the convention center.

At this year’s conference Apple announced a new Mac Pro as well as other software upgrades. In attendance were upwards of 8000 engineers, coders and support staff from all around the globe. They all descended on downtown San Jose for this yearly event.

This event is Apple’s largest tech event every year. For the longest time it was held at the Moscone Center in San Francisco. Unfortunately, according to executives, the distance just became too much for the Cupertino based company to deal with.

“They need a thousand engineers to support this event and they were having problems getting them up to San Francisco. It became a logistics nightmare,” said Tim Bajarin, President of Creative Strategies.

It was only 3 years ago when Apple made the call to move the conference to San Jose. Here, the event has really thrived at the McEnery Convention Center.

Originally there were worries that San Jose wasn’t big enough but those issues have been addressed in many ways. For instance, when hotel rooms were all occupied, San Jose State provided empty dorm rooms to event attendees.

Not only has the event been a big success in San Jose but many agree this is the ideal location because it’s where all the big tech companies are located: Google, Facebook, and many others.